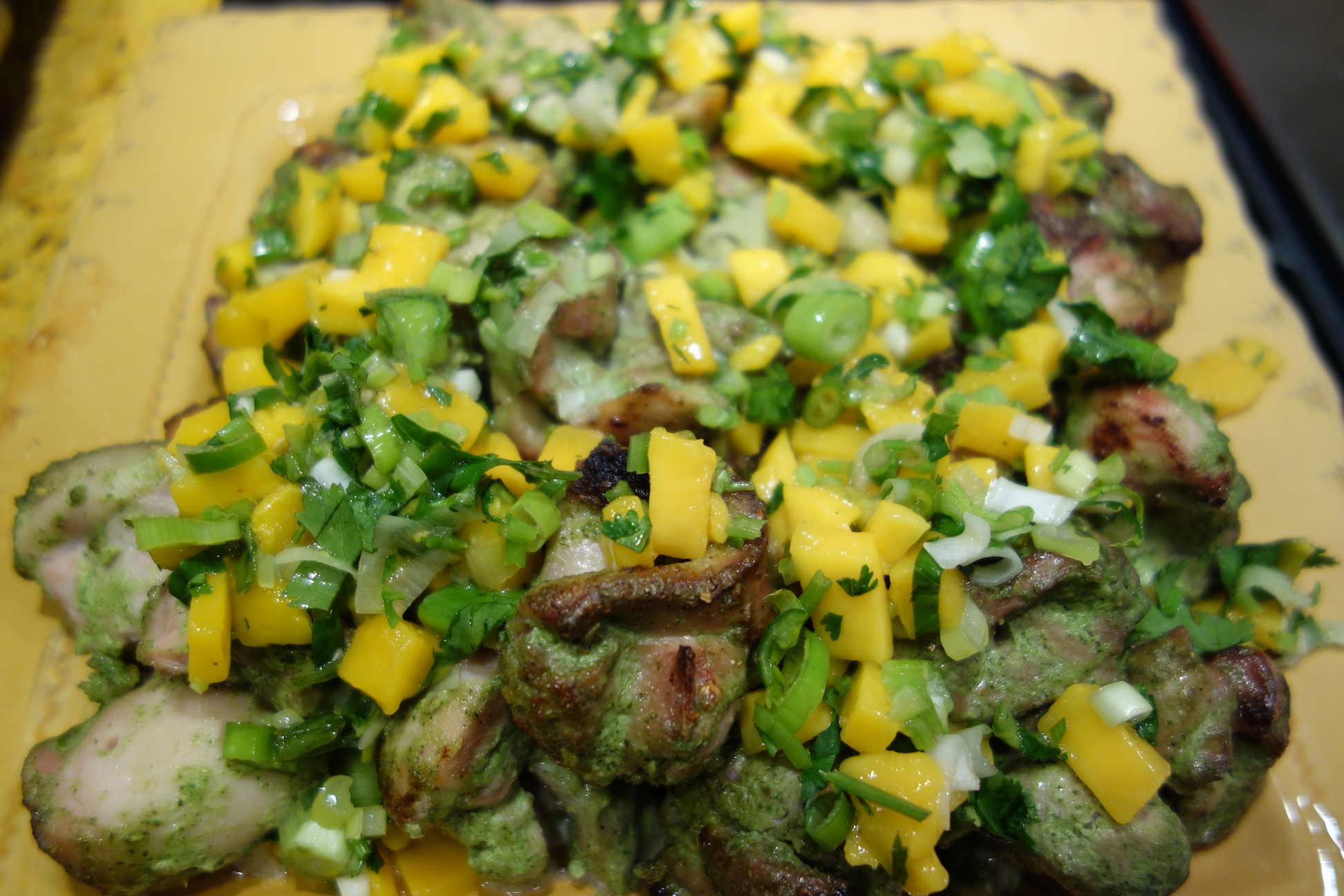 Transfer the yogurt, cilantro, mint, garlic, ginger, salt and coriander to a blender. Blend till smooth and marinate the chicken in the marinade overnight or at least 2 to 3 hours. Place on skewers and cook under a broiler or on the grill.

Mix all the ingredients and garnish the chicken with the mango salsa and serve. 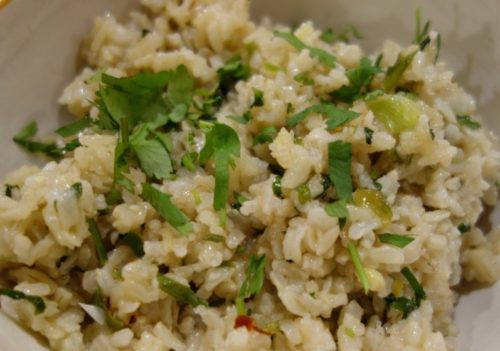 Add the oil and butter to a saucepan. Add the rice and sauté over medium heat for 2 to 3 minutes. Add the water and salt and bring to a boil. Simmer for 20 minutes on medium heat with lid half on. Turn the heat down and cover with lid and continue cooking for another 20 minutes or till the rice is cooked through. Take out of the pan and let cool. Keep aside.

Mix the ingredients in a bowl and keep aside. 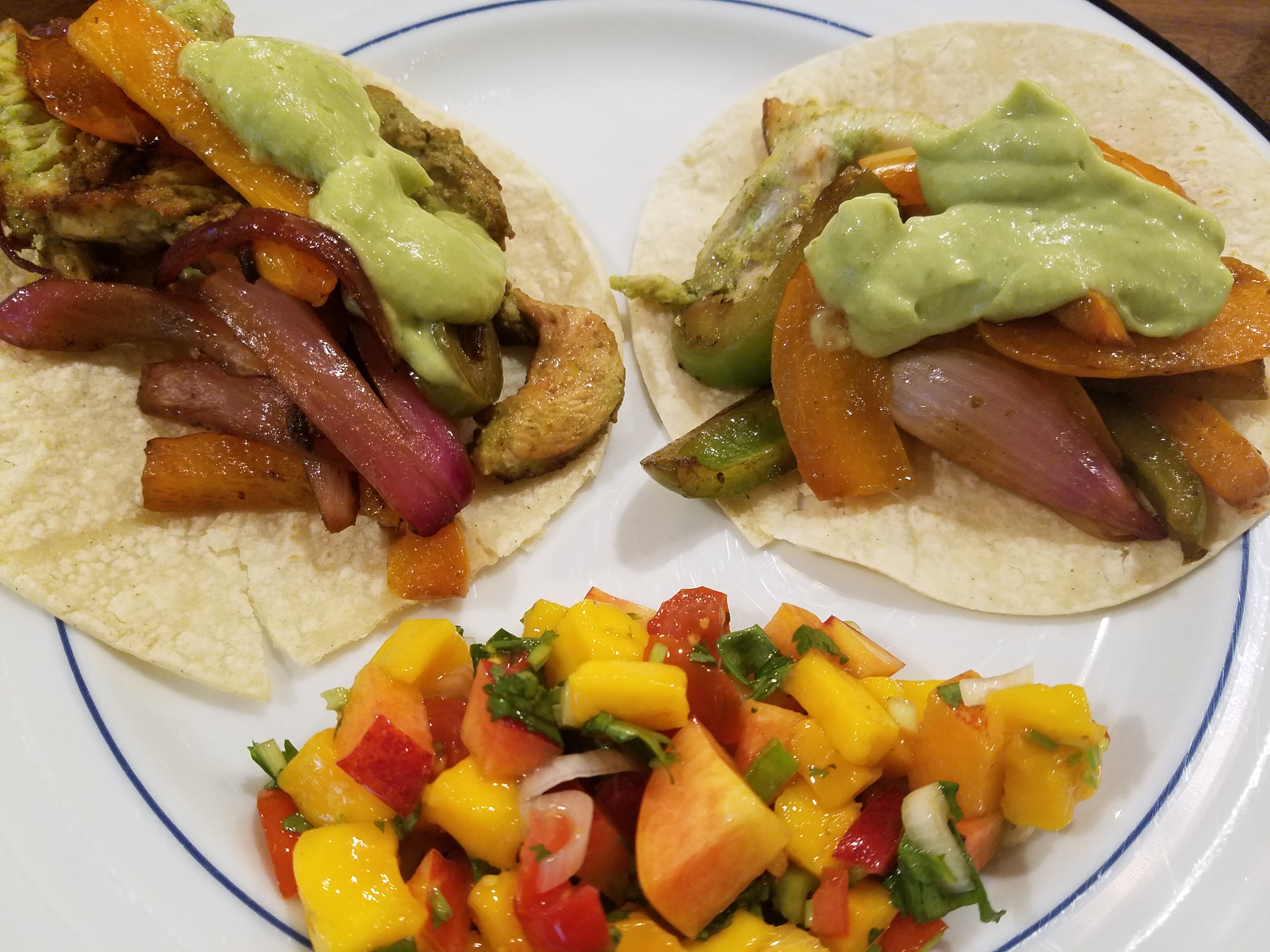 I love, love, Mexican flavors and this recipe is a great example of the food I love to cook and eat. I made this dish this past summer and served it with a nectarine salsa- you can substitute apples or some pineapple for the summer fruit…

Transfer all the ingredients into a blender. Blend well until a smooth sauce is formed. Taste for seasonings and keep aside. Take out 3 tablespoons of the sauce and keep aside.

Add the avocado and yogurt to the blender with the remaining cilantro sauce. Add a bit of water if needed and blend till smooth. Keep aside as a sauce for the fajitas.

Heat a grill pan or regular pan with 2 tablespoons oil. Cook the chicken strips in 2 to 3 batches till golden brown and cooked through. Add more oil and cook the onion and peppers and add them to the cooked chicken.

Heat the corn tortillas and add some of the chicken and pepper mixture. Top with some avocado sauce and serve. 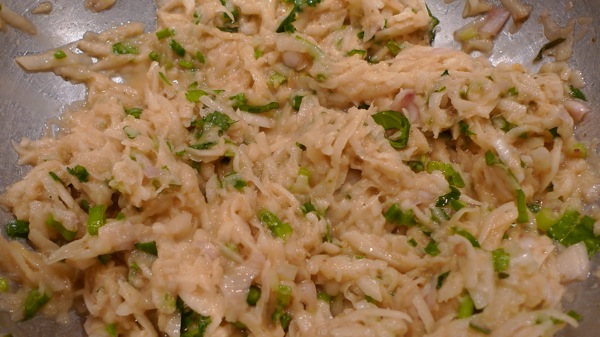 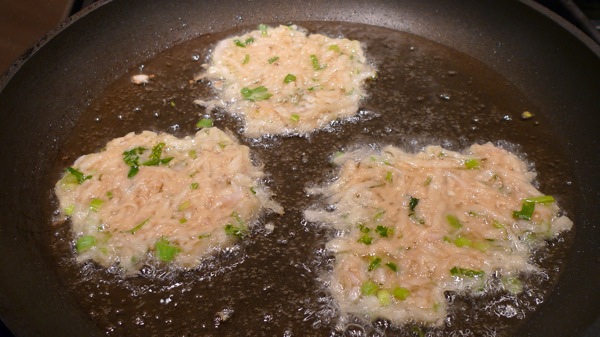 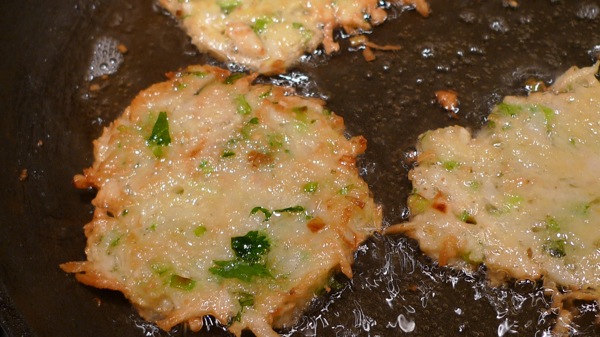 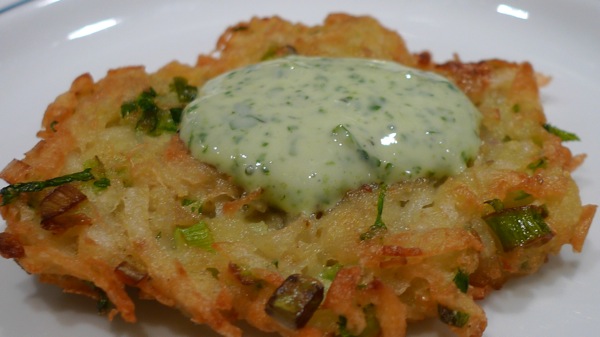 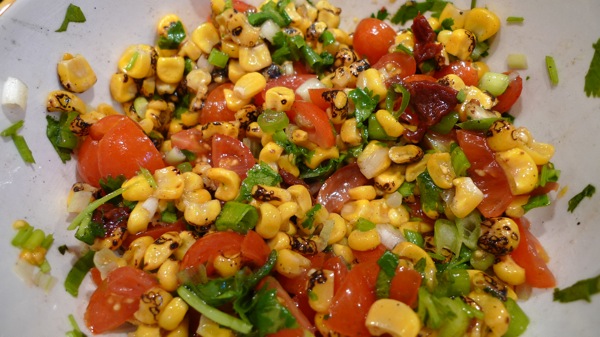 Add the corn, tomatoes, chipotle in adobo, lime juice, honey, salt, green onions and cilantro in a medium bowl. Mix well and let sit for at least half an hour. Serve with steak quesadillas.

Heat a non-stick pan and add one teaspoon oil. Add one tortilla and spread crema. Add a third cup of cheese and a third cup steak mixture on top of crema. Add the second tortilla on top and cook on both sides until golden brown – about 4 minutes each side on medium heat.
Serve with corn salsa and rice. 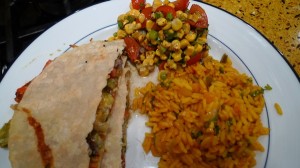 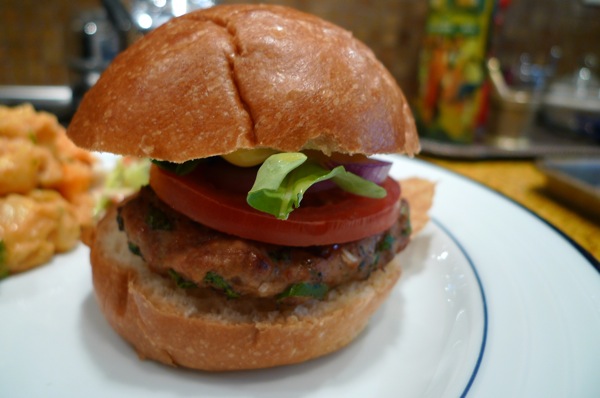 Mix all the ingredients in a big bowl and divide into 16 to 18 patties, depending on the size. 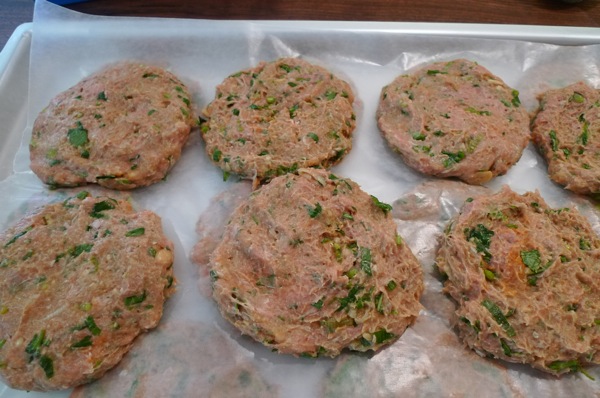 Heat a small frying pan. Add the olive oil, shallot, garlic and ginger. Saute on medium heat for 30 seconds. Add the mango, pineapple, pineapple juice, mango lemonade, apple cider vinegar and brown sugar. Bring to a boil. Lower the heat and let simmer for 20 minutes covered. Turn the heat off and blend the mixture till smooth in a blender. Taste for seasonings and add salt if necessary. Take out in a bowl and let it cool before using it for the burgers.

To assemble the burgers, place a burger on the sliced brioche. Spread the chutney on one side with the arugula, slice tomatoes and onions. 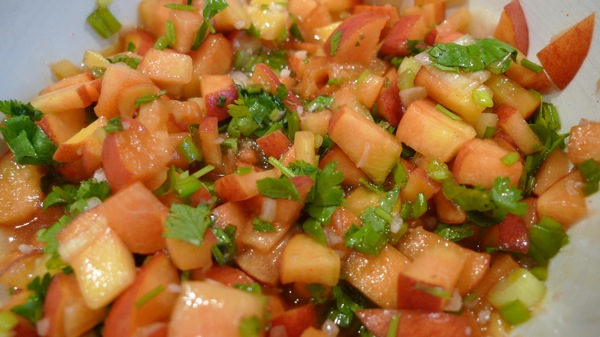 Add the peaches, onions and garlic in a small bowl. Add the lime juice, honey, paprika, salt and cilantro. Mix well and keep aside for at least an hour before serving.