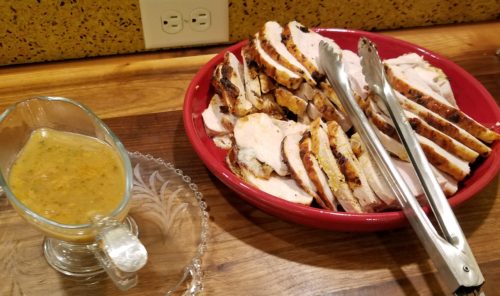 Mix the butter with orange and lemon zest, garlic and salt.

Mix all the spices together and set aside.

Have your gravy ready either the day before or the morning of. Transfer it to a large saucepan and keep aside.

Place the turkey onto a rack in a roasting pan. Turn the turkey over and place the cut up orange and lemon inside the cavity. Sprinkle salt and pepper liberally and turn it breast side facing up. Loosen the skin and carefully spread half the compound butter. Spread the rest all over the skin. Sprinkle the spice rub all over the top. Pour the broth to the bottom of the roasting pan. Keep aside.

With a brush add the chili barbecue sauce (recipe below) all over the turkey. Roast the turkey glazing every 15 minutes. Roast till internal temperature reaches 158 to 160 degrees F. Take out of the oven and place onto a platter and cover with foil to rest for at least 20 minutes. While the turkey is resting, take the drippings from the bottom of the pan and pour them into a small glass bowl. Let the fat separate, remove from top and pour the liquid into the prepared gravy and bring to a boil. Check for seasonings and heat the gravy through. Serve with the turkey. 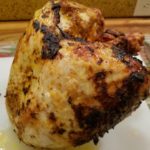 Heat a medium saucepan with the olive oil. Add the shallot and garlic. Saute on medium heat for 2 to 3 minutes. Add the ancho chilies, tomatoes, vinegar, sugar, Worcestershire sauce, zest, juice and salt. Bring to a boil and simmer on a low flame for about 20 minutes. Take off heat and transfer to a blender and blend till a smooth sauce is formed. Check for seasonings and take out into a small bowl.

Going with the Asian theme this week… 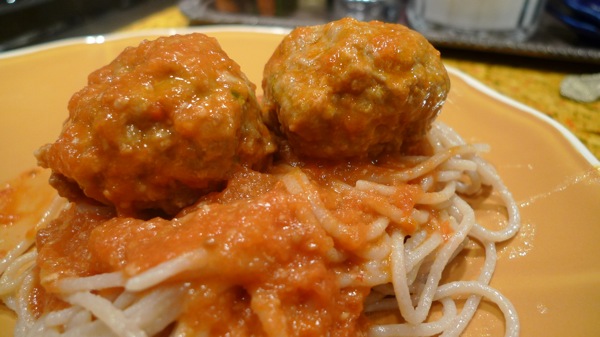 Process the green onions, ginger and garlic in a food processor. Keep aside.

Transfer the turkey meat onto a medium-mixing bowl. Pour the breadcrumbs into a small bowl and pour the sesame oil, oyster, Worcestershire sauce, tamari and the beaten egg on top. Let the breadcrumbs soak for 15 minutes and add to the turkey including the salt. Add the green onion mixture and mix well. Keep aside.

Simmer the sauce in a medium saucepan. Form the meatballs and drop carefully. Cook the meatballs on a medium heat till all of them are formed. Cover with lid for ten minutes. Take the lid off and taste for seasonings. Serve hot with spaghetti. 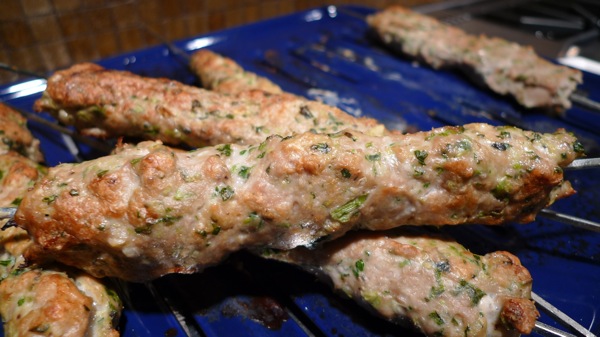 Here is something you can make with a salad.. these are always a hit and easy to make..

Mince the onion, garlic, ginger, chilies, cilantro, cardamoms, salt, garam masala, coriander powder and cayenne pepper in a food processor. Add the ground turkey to a large mixing bowl and mix in the onion mixture. Add the egg and mix thoroughly but not too much, (over mixing can toughen the meat). Take each skewer and place a hand full of meat mixture evenly around it creating a long thin kebab. Place all the skewers either on a grill or a hot skillet. Cook till done.  Serve with cilantro chutney. 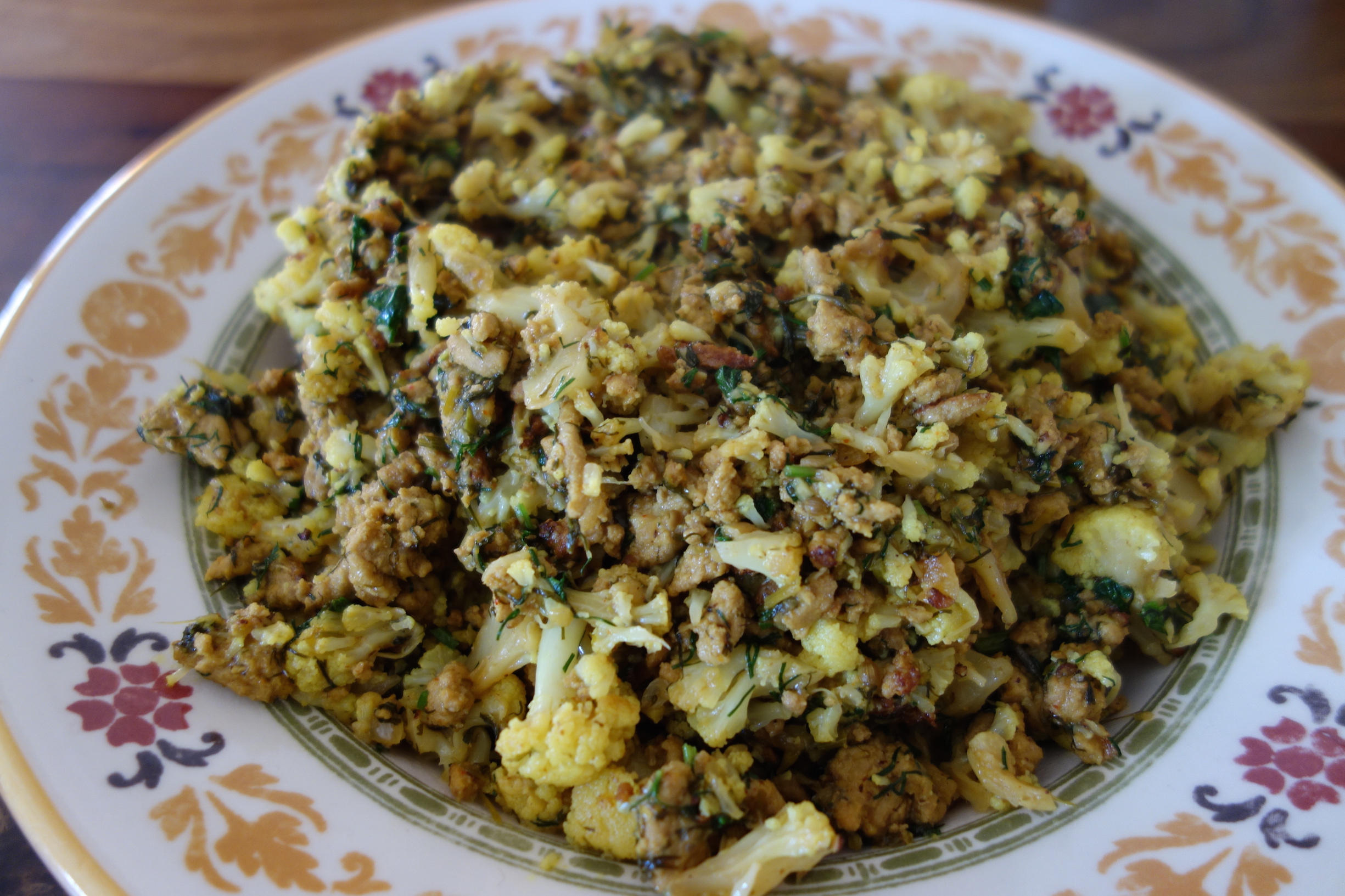 This is one of our favorite things to eat – ground meat and cauliflower.. I made this one with lots of dill. It gives the dish an amazing earthy flavor…

Heat a heavy saucepan with the ghee/butter. Add the ground turkey and sauté on medium high heat while separating the meat with the back of a wooden spoon. Saute for 4 to 5 minutes till the meat is golden brown. Add the onion, ginger and garlic. Saute on medium heat for 2 to 3 minutes. Add the yogurt and sauté for another 2 to 3 minutes. Add the cauliflower, coriander, turmeric, cayenne pepper and salt. Mix well and add ½ cup each of the dill and cilantro. Mix well and lower heat to medium, cover with lid and cook for 20 minutes or till meat is cooked through and cauliflower is tender. Take the lid off and increase heat to medium high and sauté for 4 to 5 minutes. Check for seasonings and garnish with the remaining dill and cilantro. 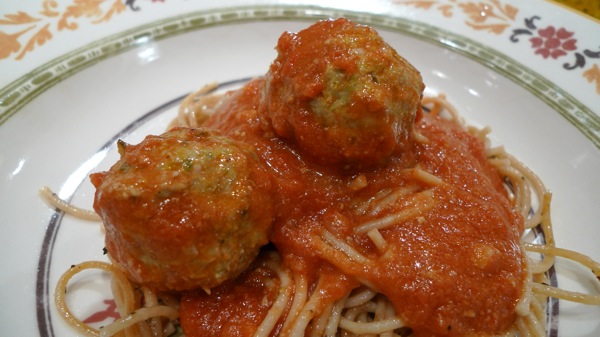 I love making meatballs. This recipe is for days when you don’t have time but want to have a yummy Italian dinner….Super easy meatballs!!!

Mix all the ingredients well but do not over do it.  Transfer sauce to a saucepan and bring to a boil. Form meatballs and cook in sauce for 30 minutes or till the meatballs are cooked through. 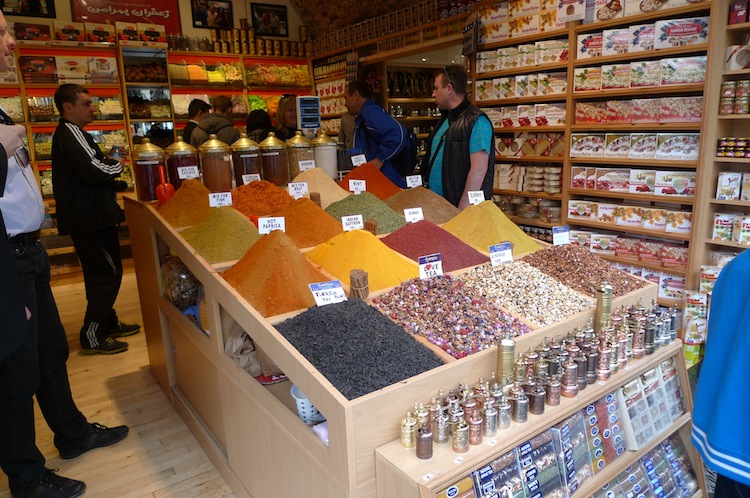 It was our last day in this beautiful and friendly city as I woke up and couldn’t help thinking how much fun these last eight days have been. It was partly because we traveled in a group with family, partly because of the sights, food, once in a lifetime experience of hot air ballooning, but mostly because of the hospitable and friendly Turkish people. The people in Istanbul were super nice but the people in Cappadocia were gracious and genuinely kind- the way I have never experienced before- I guess that is why I didn’t feel like leaving Turkey. Usually when we go away on vacation, I am happy to come back home after about a week- but this time was very different- I was sad to leave. I will cherish these wonderful memories for a very long time to come and look forward to going back and enjoying the amazing mix of east and west again some day.

For any of you out there thinking of going to Turkey, I would highly, highly recommend it. 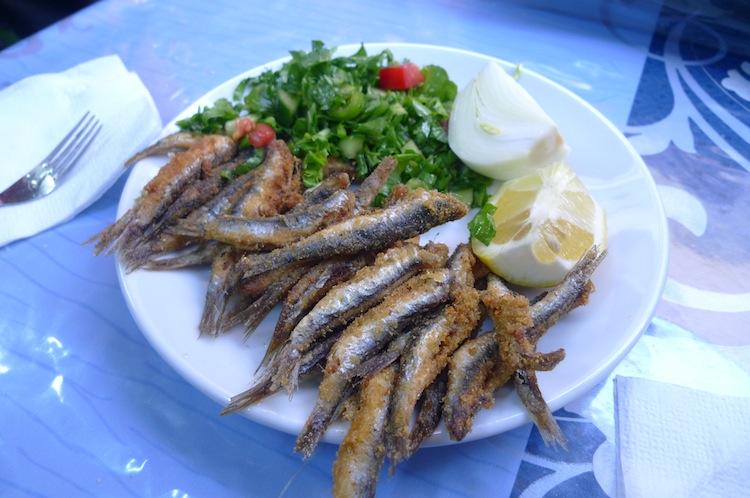 It was the last full day in Istanbul and we wanted to make the most of it. It started off with a sumptuous breakfast buffet and lots of chatter with the family. We were meeting up with some other family members during the day making us a total of nine people! We decided to meet in Taksim square, which is in the new part of Istanbul. It was a beautiful day and we were excited to explore the city one last time. As we met, we realized it was going to be very hard to plan the day with so many people and opinions- so we decided to just start walking towards the old town. We must have only walked for about 20 minutes when we saw a restaurant/café with very inviting couches outside. We decided to take a break for some fresh pomegranate juice, etc. As we sat down, we noticed the café also had different flavors of hukka or water pipes. We decided to order one and share. We ordered the rose flavor and watched the waiter set it up for us. We all slowly inhaled the wet, cold smoke enjoying the rose flavor. 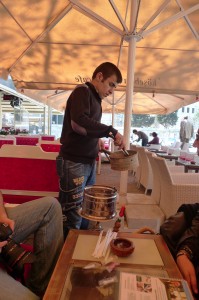 Preparation of the Hukka (Water Pipe)

We started off again, walking by the water and found a vendor selling fresh mussels. I wanted to have them one more time and so I asked for 4 mussels. He also had pickled hot peppers- they were delicious with the mussels! We ended up having 10! Satisfied we walked further and saw a vendor selling halwa. It is made with semolina in India but in Turkey, halwa is made with sesame seeds as well as semolina. This vendor was selling un helvasi – the semolina variety. Well, we had to stop and have some! We ordered two cups, one with ice cream and one without- both were outrageously delicious! 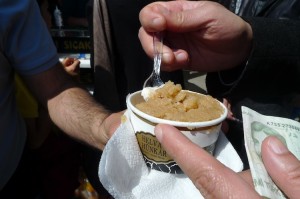 We continued walking toward to old town and now found ourselves back to the area concentrated with street vendors- same as day 2. We found the same doughnut vendor and enjoyed some. We also drank Turkish lemonade infused with mint! As you can imagine, we were quite full- so we walked over to the spice market and did some shopping. After a few hours, some of us sat in a café and the rest of us hiked up to a local mosque- by then, it was well into the evening and everyone was confused about dinner plans- as most of us were quite full. After meeting back in the café, I noticed across the cobblestoned street, there was a little roadside restaurant selling fried sardines! I had to try them- and I did. They were covered in some kind of breading, fried and served with a parsley and cucumber salad. There was bread on the table with the pickled hot peppers. They were by far the best sardines I have ever had- small, tender, crispy and delicious! As we walked ahead, may be just 50 steps, we saw another road side restaurant serving rotisserie chicken legs and wings on hot coals. 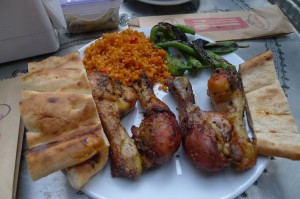 We decided to order one platter as most of us were quite full- well, that one platter led to another one. It also led to 3 adana kebab platters and a few rolls.  We couldn’t believe how yummy the food was and how much we all ate. We enjoyed the traditional Ayran– which is a lightly salted yogurt drink (lassi). The owner sent us a few plates of complimentary halwa- we quickly devoured them not knowing he would send us more! All in all, it was the most fun we all had that day.  We decided to walk off some of the food and hiked up hill back to our hotel, tired and very satisfied. 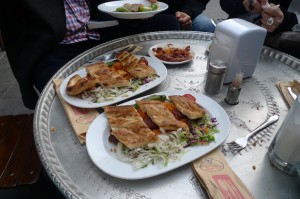