This is a delicious recipe- a Korean version of chicken parm.. kind of- it has Korean rice cakes mixed with tomato sauce and the iconic Korean pepper paste, gochujang! If you like Korean food and want to try something at home, this is a great way to experiment. I have made the recipe more accessible and not as spicy. 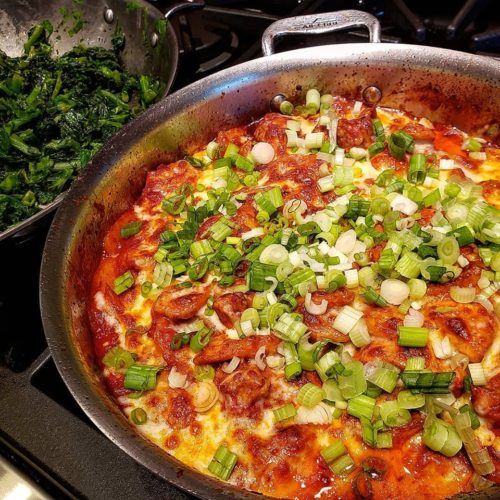 2 tablespoons neutral oil, such as canola or peanut

Combine the gochugaru, gochujang, brown sugar, garlic, ginger, soy sauce and black pepper in a medium bowl and mix well. Add the chicken and stir until it is well coated.

Add the chicken mixture to the pan along with ¼ cup water. Cover and cook over medium-high heat, stirring occasionally, until the chicken is cooked through, 8 to 10 minutes, stirring in the rice cakes halfway through, if using. Meanwhile, heat the broiler in your oven.

Remove the chicken from the heat. Cover the pan with the sliced mozzarella, then slide the pan under the broiler. Cook until the cheese has melted and browned in spots, about 2 minutes. Remove from the oven, and sprinkle with scallions. Serve immediately, with rice.

We love, love Korean cuisine- this one is a play on the Korean flavors… 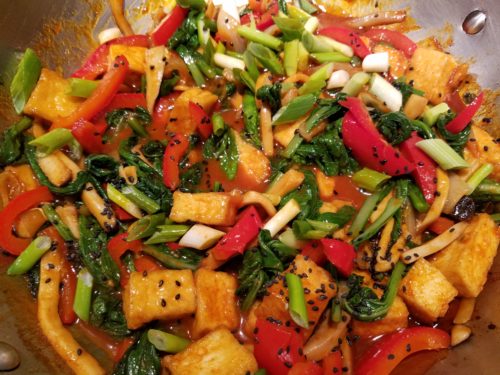 Mix the ingredients in a small bowl and keep aside.

Transfer the tofu into a medium bowl, add the corn starch and salt. Mix  well till all cubes are coated properly. Heat a frying pan with the peanut oil and brown the tofu on medium heat till all sides are golden brown. Drain on some paper towel and keep aside.  Save the peanut oil for stir frying the veggies.

2 cups Cremini or any mushroom of choice, slices 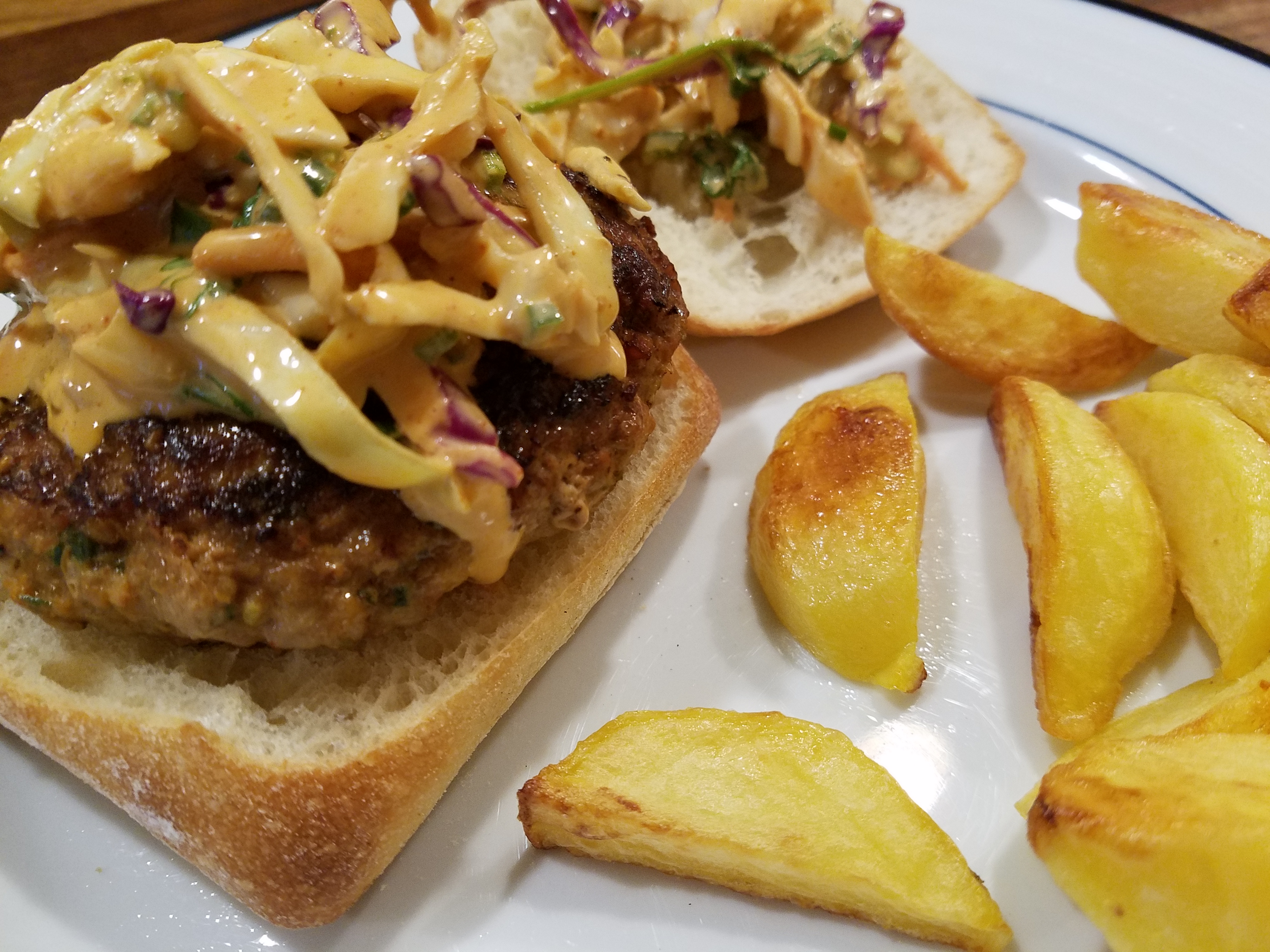 Korean cuisine is currently my family’s favorite right now… amongst other Asian cuisines. We love all Asian cuisines but right now gochujang is always on my mind…

Transfer the pork to a mixing bowl and keep aside. Transfer the green onions, cilantro, garlic and ginger to a food processor and process till chopped fine. Add to the ground meat. Add the gochujang, sesame oil, tamari, salt and egg. Mix well and refrigerate at least for an hour. Take out of fridge half an hour before making the burgers. Form into equal sized 4 to 5 patties and cook on stove or grill. Serve on ciabatta rolls topped with the spicy coleslaw.

Mix the gochujang, mayonnaise, sesame oil, tamari, salt and lime juice in a medium bowl. Add the coleslaw mix, jalapeno and cilantro. Mix well and check for seasonings. Serve on top of burgers.